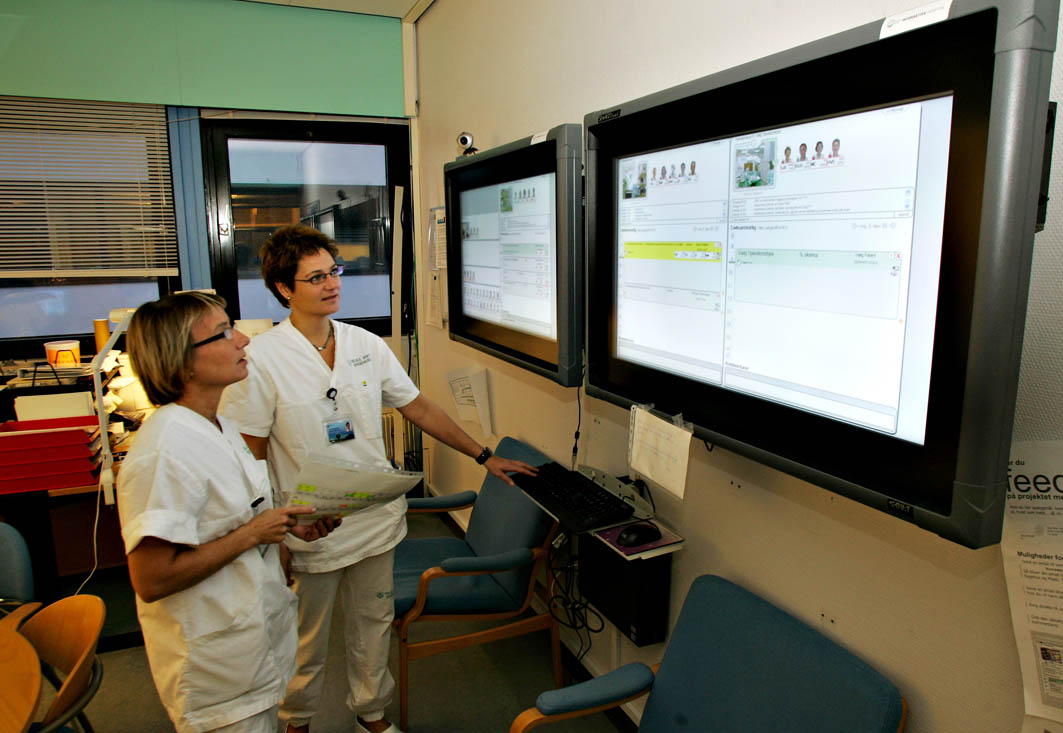 The AWARE architecture was built as part of the AWARE project. The architecture was a general-purpose architecture for maintaining ‘context-based social awareness’ within a workplace [1]. It was designed to support the safety- and time-critical work on a surgical department and supported two proof-of-concept end-user applications; the AwarePhone and AwareMedia systems [2, 3].

Based on extensive studies of medical work in hospitals in general, and in surgical departments in particular, we designed the AWARE architecture, which is a generic platform for supporting context-mediated social awareness in safety- and time-critial work in a mobile work setting [4].

An important part of the AWARE architecture is the ‘context layer’, which is responsible for monitoring context cues in the users’ environment, including displaying cues from users, and for storing, managing, and distributing these cues in the awareness service. The context infrastructure builds on top of the Java Context-Awareness Framework (JCAF) [5].

The AwarePhone was designed in close collaboration with a set of clinicians who were interested in using (at that time) modern smartphones for communication and coordination inside a hospital. The final design of the AwarePhone supported:

The scheduling and coordination of surgeries at an operation ward is a particularly challenging task at any modern hospital. Performing surgery is a highly specialized and advanced procedure that involves surgeons, nurses, anesthesiologists, a patient, an operating room, and various equipment. This means that all the people involved in surgical procedures must coordinate their work and constantly maintain an awareness about the ongoing flow of work in the involved wards.

To assist clinicians in achieving an effective yet flexible real-time coordination, we designed, developed, and deployed AwareMedia in close collaboration with a local hospital. AwareMedica is a pervasive platform for supporting the close coordination and communication taking place in a hospital, with special focus on the work in an operating ward.

AwareMedia provides a design for how to support three types of awareness:

These three kinds of awareness are not comprehensive but the most important ones that we have observed in coordination in a hospital environment.